India, as at 2019, is the fastest-growing trillion-dollar economy in the world and the fifth-largest overall, with a nominal GDP of US$2.94 trillion. India has now overtaken the United Kingdom and France. The country ranks third when GDP is compared in terms of purchasing power parity at US$11.33 trillion.

In spite of this there are still huge disparities in wealth and access to public services which ICT developments can help overcome.  India has more than 630 million internet subscribers. But for every Indian who has access to the internet, there is at least one who does not and that person is most likely living in a rural area. The divide is shaped both by the availability of internet services in different regions and the ability of individuals to tap into those services. A person’s location, income, gender, education, language, and age are some of the factors that define their access.

Connect-World: India, published between 1998-2018, brings together the leading industry players, regulators, associations and governments, to discuss how technological integration and digital inclusion helps reduce the gap between the developed and developing regions of India.

Publisher’s note – This edition is no longer published separately and since 2019 has been merged with the Connect-World Asia-Pacific editions. 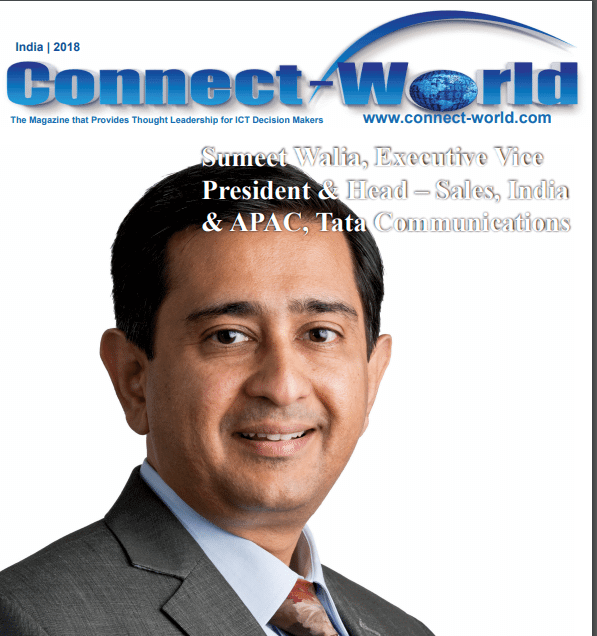 India is already one of the largest smartphone markets in the world in terms of volume. According to Ovum, India’s smartphone penetration stood at 24% of total connections in 2015. The average handset price for smartphones has been declining, with an entry-level 4G smartphone available for INR2,999. Prices are expected to further reduce helping drive data usage. The average data consumption per user is increasing, with increased adoption of smartphones and availability of content. For example, 3G data consumption per user has grown to 753 MB/month in 2015 as compared to 338 MB/month in 2011. The overall network traffic growth is expected to mirror the increases in average data consumed on a handset as more people start using advanced data services. The overall data traffic grew by 50% y-o-y in 2015, driven by an 85% surge in 3G data traffic, according to the Nokia Mobile Broadband Index. Mobile banking transactions are on the rise due to increased smartphone adoption. Between FY13 and FY16, mobile banking transaction volume and transaction value have increased at a CAGR of 90% and 306%, respectively. This reflects that wireless smart devices are becoming a preferred medium for banking transactions. 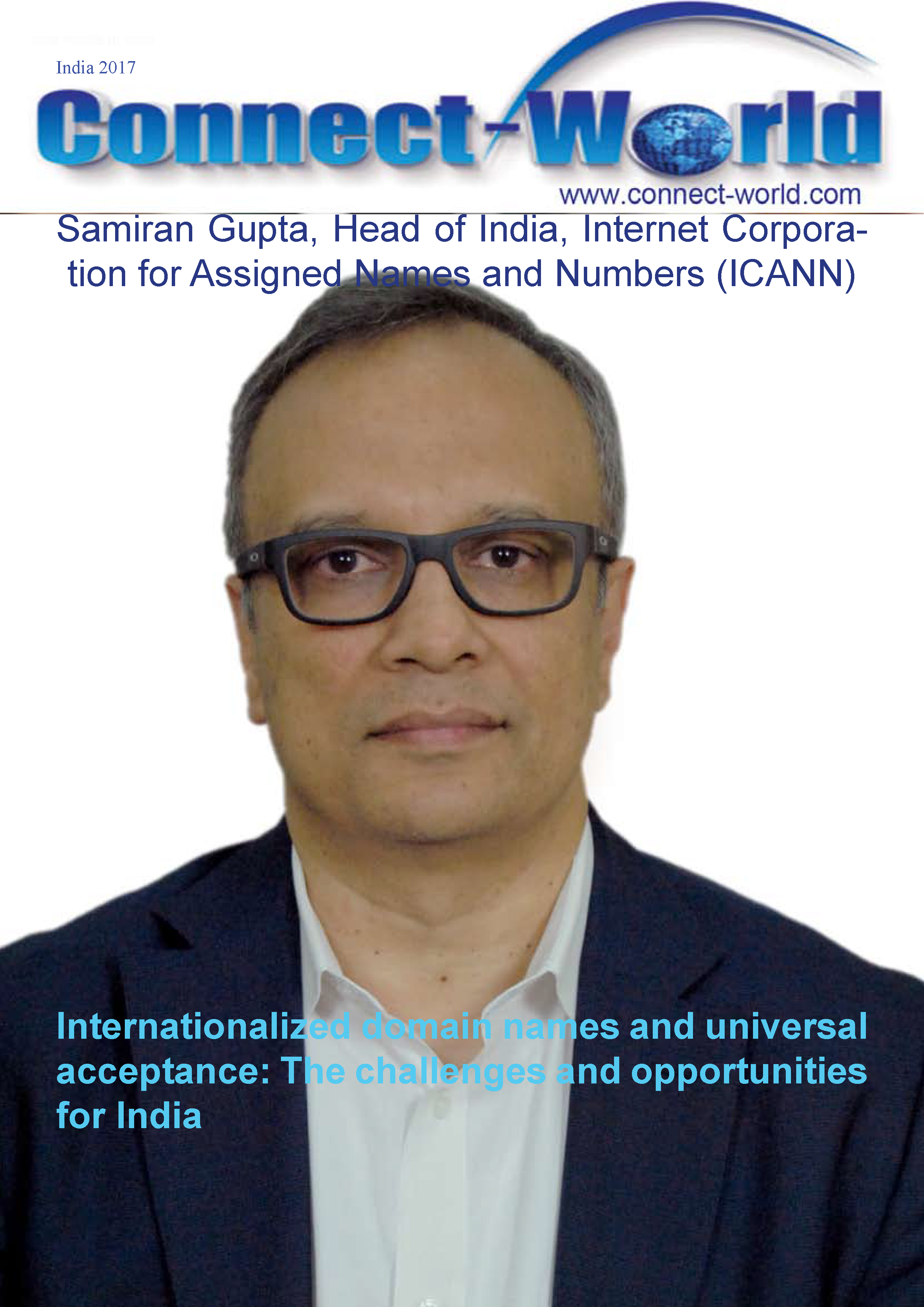 Theme: Digitisation in India: Where are we now? Challenges & Prospects.

Digitalisation, as we call it today, is sweeping across every aspect of our daily lives in all possible ways. Right from gathering the news we find in the newspapers every morning to the billing process at our neighbourhood grocery shop, it is digital technology that is making tasks faster and more accurate. 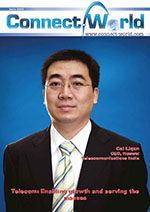 According to Deloitte, over the past decade, the Indian telecom industry has witnessed many positive developments. India has attained the second largest subscriber network after China , with the total number of subscribers scaling up to about 900 million, and claiming an urban teledensity in excess of 140 and rural teledensity of 40. With an estimated base of 67 million smartphone users in 2013, India also ranks fifth amongst the top countries in this category. With an increasing smartphone penetration in the country, subscribers accessing internet through mobile devices stand at 176.50 million.

Theme: Technology ‘medley’ is on the menu – eat wisely to enjoy it!

Squeezing more out of the network without shedding off subscribers is paramount when the economy frowns on us. Today, there are more choices of different technologies, more network options, more services – but winning subscribers still depends on providing low cost connectivity from optimised resource usage.

India’s auctions of 3G spectrum licenses in 2010 marked the start of a new era for India’s approximately 600 million mobile users. The 3G spectrum will give them better Internet access and accelerate the growth of everything from eGovernment to eHealth, eCommerce, telemedicine and much more. Service providers and equipment vendors for businesses and consumers alike will all be hard pressed to keep up with the demand for everything from smartphones to consumer applications, and from infrastructure to billing and network management services. Despite the expected in 3G driven revenues, there are concerns that the prices paid for the spectrum will have the auction winners struggling for years to recuperate their investment. Some industry observers predict there will be a wave of consolidations in the sector as a result.

The growth of India’s economy, driven by ICT and business process outsourcing has inspired comment and imitation the world over. The credit given to outsourcing is deserved, but the government policies, astute entrepreneurs, a vast number of well educated and prepared professionals that made India’s success in this field are often overlooked. India’s growing potential to source new service and products, not just outsource the operations of others, and its ability to move ahead by its own efforts are also overlooked by those not familiar with the country’s vast pool of talent and potential. This issue of Connect-World India will examine India’s growing strength and look a bit down the road it is travelling.

Theme: The definitive forum for the discussion of telecommunications development in India 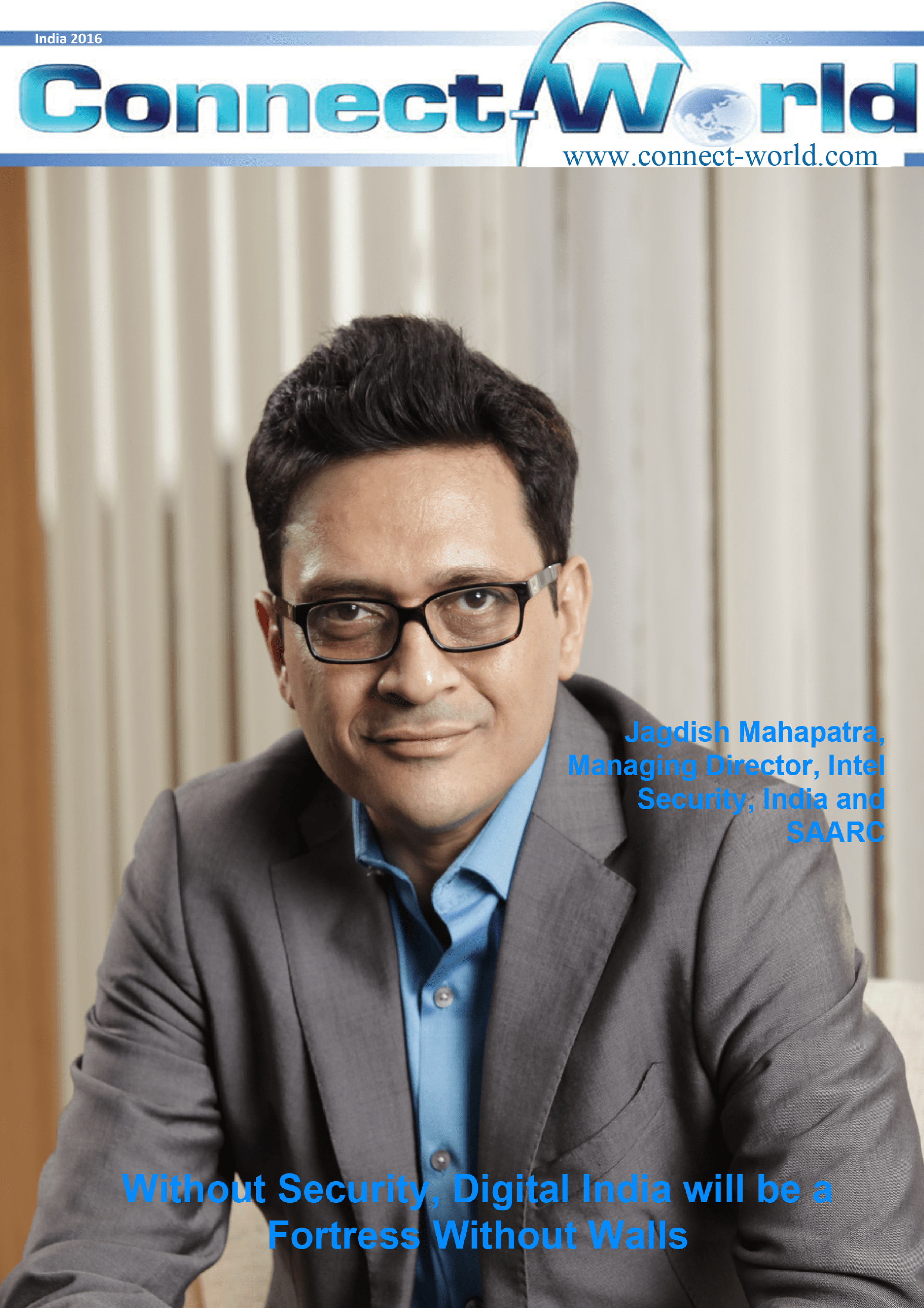 Theme: Digital India: A game-changer to bridge the rural-urban

The Telecom Regulatory Authority of India (TRAI) has issued recommendations on the introduction of virtual network operators (VNOs) into the Indian telecoms market. The regulator acknowledged that whilst VNOs could drive up penetration, minimise the digital divide, and increase competition, in some areas their arrival could prove more disruptive than beneficial. 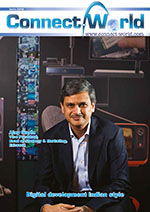 Squeezing more out of the network without shedding off subscribers is paramount when the economy frowns on us. Today, there are more choices of different technologies, more network options, more services – but winning subscribers still depends on providing low cost connectivity from optimised resource usage.

The MVNO concept is now well accepted in many parts of the world, but commercial progress develops at variable speed and intensity. What are the secrets of success in different regions and in different business areas? Is regional regulation the reason or local aspects of culture and business influence MVNOs’ style and service adoption? In Europe, MVNOs are gaining independence of their hosting MNOs by running their own service platforms. They may use several MNOs to get best-service or best-package for their subscribers, often addressing particular niche markets. MVNOs create a wide range of business models – but these models must be enduring and must provide positive profit margins.

The social networking sites is more than just a social phenomenon. Social computing, social networking, is also moving into the enterprise to facilitate coordination and interplay among workers. This will accelerate the already strong growth of social networks, it will drive the expansion of the physical networks that serve them, the software that controls them and the applications that run on them. The network equipment, computers, data storage facilities – the entire infrastructure – lowering he cost and environmental impact of the energy needed to keep these networks going will be a major concern. User devices will increasingly be designed to facilitate social networking. This issue of Connect-World will explore the impact of social networks upon the underlying hard and soft technologies; the theme will be Social nets and hard tech.

Theme: Seamless networks and seamless business in a seamless world

Technologically, if not politically, the world is becoming increasingly interconnected, interdependent and interoperable. Few if any big companies are ‘national’ in the old sense; they no longer exist, work buy supplies and services and sell within the boundaries of a single nation. Supply chains and processes of all sorts reach into other nations and at times circle the globe crossing and interacting with one another, first in one nation than another, in subtle and complex ways.

Theme: Digital India, a Giant on the March