SANTA ROSA, Calif., July 13, 2017 – Keysight Technologies, Inc. (NYSE: KEYS) today announced that its premier simulation platform for system design and verification, SystemVue 2017, significantly contributed to an improvement to the narrowband internet of things (NB-IoT) standard. SystemVue enables users to combine existing baseband, RF, and channel models together for evaluation of the entire system. The improvement realized using SystemVue, optimizes the NB-IoT user equipment (UE) standard to facilitate the implementation of low-power NB-IoT terminal chips and will be incorporated in Release 13 (revised version) and 14 of the 3GPP standard.

While designing an NB-IoT terminal transceiver, experts from Hong Kong Applied Science and Technology Research Institute (ASTRI) discovered an improper definition in the NB-IoT standard’s receiver wideband intermodulation requirement. The requirement was more stringently specified than that in the LTE standard, which runs counter to the promise of offering low-cost/low-power NB-IoT terminals.

A system-level simulation platform, based on Keysight EEsof EDA’s SystemVue software and NB-IoT library (developed in collaboration with ASTRI), provided the critical evidence needed for ASTRI to successfully request a standard change at the 3GPP RAN4 #82 meeting in Athens, Greece in February. The change was fully accepted by delegates from many different companies. 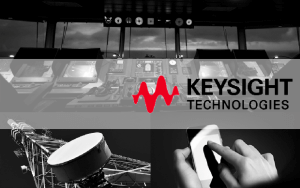 “As an early and active participant in 3GPP NB-IoT standardization, ASTRI is pioneering development of NB-IoT terminal transceiver IP for the worldwide market,” said Tom Lillig, general manager for Keysight’s Design Engineer Software organization. “SystemVue software has, and continues to play, a critical role in that development by providing ASTRI the capabilities it needs to fully evaluate its’ transceiver IP at the system level. Without such capabilities, issues like the improper NB-IoT standard definition could have easily be overlooked, detrimentally impacting the standard’s use and proliferation.”

Keysight Technologies is a leading technology company that helps its engineering, enterprise and service provider customers optimize networks and bring electronic products to market faster and at a lower cost. Keysight’s solutions go where the electronic signal goes, from design simulation, to prototype validation, to manufacturing test, to optimization in networks and cloud environments. Customers span the worldwide communications ecosystem, aerospace and defense, automotive, energy, semiconductor and general electronics end markets. Keysight generated revenues of $2.9B in fiscal year 2016. In April 2017, Keysight acquired Ixia, a leader in network test, visibility, and security. More information is available at www.keysight.com.

América Móvil and Telxius to bridge the Atlantic...

Nokia and UNICEF partner to bridge the digital...

As Retail Slumps and Many NFTs Cool, Virtual...