Elango Thambiah is President – Operations of the Mobility Business at Tata Teleservices Limited. Elango is responsible for the P&L of the mobility business under the unified brand Tata Docomo that includes voice, data and 3G portfolios. This involves acquiring significant market share in the voice and data markets across all segments in the country.
Prior taking charge at Tata Teleservices Limited, Elango was the Operations Director for the Northern Region at Bharti Airtel. Elango has also worked with other leading corporates such as Spice Telecom, Titan Industries and Hindustan Aeronautics Ltd. Elango has more than 20 years of rich exposure across various industry segments including Telecom, Manufacturing and Consumer Durables.
While crediting his success to his focus on customer satisfaction and result orientation, Elango believes in achieving goals through balanced systems and processes, thereby ensuring ‘talent benchmarking’.
Elango is an alumnus of Anna University having completed his Bachelors in Engineering. He also holds an M.Tech degree from IIT, Chennai and has completed his post-graduation in Management from Indian Institute of Management, Bangalore.

With the world getting smaller by each passing day, it is imperative for the global generation of today that they consume and share continually through voice and data. Telcos have a greater task at hand to support this with robust network, innovative applications and user friendly cost sensitive plans in the coming year.

The telecom industry has seen an era of transformation in the past decade. It has not only enabled people from different economic strata to come together evolving a cultural connection of sorts, but has also delivered social good – revolutionising the way mobile phones are used today. 2014 proved to be an interesting year for technology; with trends like Bring Your Own Device and Mobile Number Portability going mainstream; mobile internet gained greater prominence; and Big Data-Analytics & Internet of things took further steps in direction of redefining how we use mobile technology. With mobility being right at the centre of everything, the world of telecommunications saw technology shaping our lifestyle where data and speed have become the critical components.
As more people spend increasing amounts of time on their handsets (larger screens have helped), their appetite for content and the quality and speed at which it is delivered is growing exponentially. Undoubtedly, the ‘smart devices’ and ‘smart solutions’ will be the axiom in 2015 encompassing the stack of unified communications and mobile broadband. Needless to say, voice will continue to be an integral part of what mobility stands for, while data will evolve and transform in the coming year. We will see a constant realignment of business models by the telcos in this direction. The significant trends that shape mobility in the coming year are the following:
1. Mobile Internet as the key enabler
Though the past decades have established mobile phones as the preferred medium for communications; telecom in 2015 will revolve around growth opportunities tied to a dramatic uptick in data consumption. The increasing data demand of existing mobile internet consumers on the back of higher consumption of video and rich-media coupled with the expected addition of 150m more internet users would be the main challenge for the industry to address.

2. VAS to gain further critical mass
The VAS space is expected to grow beyond SMS services and is pegged to reach Rs 482 billion by 2015, from Rs 122 billion in 2010. Some key non-entertainment services for the rural and urban segments will be in the areas of governance, commerce, health and education, with a need for customization according to the demographic segment. Mobile wallet services will also support financial inclusion in a much more significant manner in the coming year.

3. BYOD – Growth of Smart Solutions
With consumerization of enterprise mobility, a growing segment of workers are using their personal devices to access corporate resources. Bring Your Own Device has created an ever-increasing demand to stay connected anytime-anywhere and has opened up new growth avenues for the mobile data devices market. This year, is poised to see cloud grow as a portable and ubiquitous platform which will cater to all digital requirements.

4. Smart Cities- the emergence of Wi-Fi as the new oxygen
With Smart Cities and Digital India becoming a key initiative in 2014, the next year will see execution on that front in full swing. With Public Wi-Fi access becoming a reality in many parts of the country, the dream for a smarter 24*7 connected city does not look too far-fetched now.

The enabler of true mobility, Wi-Fi is going to revolutionise connectivity within closed and open premises serving mission-critical projects. Extending the concept of a smart city, we will see further developments in terms of transport tracking/management through services laden with GPS technology. This is going to be one of the most important tangible benefits of mobility to the general public.

5. Office-in-a-box
With the pressure to set shop at the earliest, sometimes out of temporary and shared offices, enterprises look for quickly deployable, plug in-plug out solutions. These enable them to build a small office network using a single ‘box’, aimed at convergence of services – PSTN telephony and data services. 2015 will see a greater propagation of the same.

6. Internet of Everything
The internet of things is not a single technology trend. Rather, it is a way of thinking about how the physical world at large and the objects, devices, and structures within it are becoming increasingly interconnected. These can be applied to people, things, information, and places, and therefore the so called “Internet of Things” will be succeeded by the “Internet of Everything” in 2015. According to ABI Research more than 30 billion devices will be wirelessly connected to the Internet of Everything by 2020 .

7. Rise of Smart Devices
Through 2020, the smart machine era will blossom with proliferation of contextually aware, intelligent personal assistants, smart advisors, advanced global industrial systems that can communicate two way for remote monitoring and control via wireless based Mobile communication systems. While current technological, regulatory and business challenges are projecting low numbers for connected machine numbers by 2020 in India, the telecom Industry believes that M2M is going to surprise the investor community by growing in the medium term and becoming a game changer in the lives of Indian population and their interplay with devices.

8. Collaboration with OTT Players
With the growth of Smartphones and the proliferation of 3G services, users are turning to third party applications like Skype, WhatsApp etc. to communicate. Also third-party web content and social networking companies such as YouTube and Facebook are making a huge amount of money – and driving high levels of data traffic – over the operators’ fixed and mobile broadband networks.

9. Tariff Correction to sustain profitability
Given the customers’ momentous shift from voice to data services and the resultant move to third party OTT applications, it is increasingly becoming difficult for telcos to maintain profitability and sustain services. Therefore, 2015 may see phone call and other mobile service rates go up, setting a trend of increasing tariff every year. Going forward 2G data rates and 3G data rates could also be at the same level.

10. Mobile applications
With a consistent proliferation of usage of social media platforms, the consumption, sharing and hence the engagement based on rich content is also seeing an increase. The next challenge is to synchronise the experience on multiple devices being used. From experience to call to action to ensuring multiple layers of security, applications of the next level would be required to be device and network agnostic. There will be more emphasis on the applications which can give the same user experience on 2G, 3G and 4G networks. A closer integration with social media will also play an important role in the mobile applications of the coming year.
With the world getting smaller by each passing day, it is imperative for the global generation of today that they consume and share continually through voice and data. Telcos have a greater task at hand to support this with robust network, innovative applications and user friendly cost sensitive plans in the coming year.

Modular Data Centres: A cost effective and scalable solution the for Telecom Industry 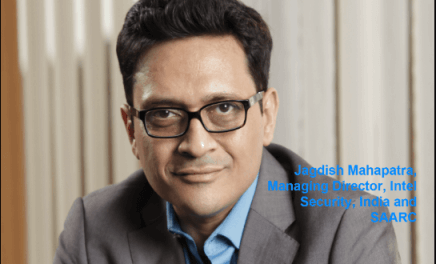